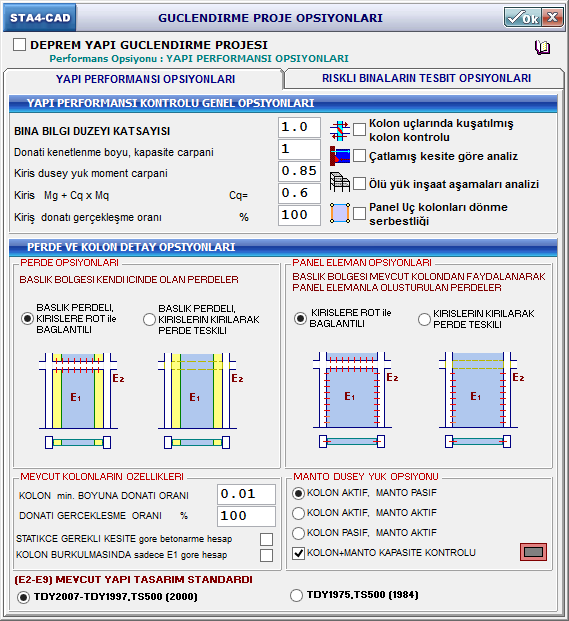 Sta4CAD V14 program can be retrofitted in accordance with TDY2018. Getting information about structure structure with TDY2018 frame additional tables Options according to other viewers Design according to building performance with nonlinear analysis in retrofit projects

The approach for retrofitting projects of the standards changed from "resistance" to "capacity". In classical approach, the external loads are calculated and the building is designed so that it can resist the external loads. Also the building needs to satisfy some additional conditions. While we are investigating an existing building, the capacity concept is used. Again the external loads calculated, but this time some disqualifications are allowed in the structure because the loads that can't be carried by damaged members will be distributed to other members. This is the basic idea of material non-linearity. In this help file, Sta4CAD' s retrofitting functions and menus will be described. The target of the retrofitting is usually fulfill seismic needs.


Firstly, the building must be defined in order to find its capacity. Defining existing building has two topics: